Congratulations to the 2015 Mentor of the Year!

We are excited to announce the winners of the Mentor of the Year contest... 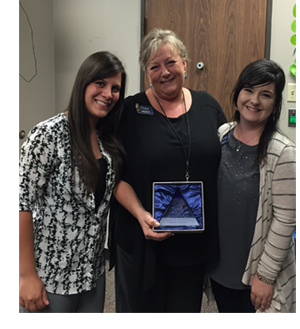 Tina Murray, a contact center regional manager at Arvest Bank, has been named the 2015 Mentor of the Year by the Nobscot Corporation's Mentor Scout division. She was nominated by two mentees, Teresa Hight and Thalia Mankin-Rubio. Murray has been with Arvest Bank since 2001. She received the highest possible rating on every judging criteria which included mentorship activities, support, introduction to network and end results.

Murray received a plaque and company accolades for her outstanding contributions to her organization's mentoring program powered by Mentor Scout technology. Arvest Bank President and CEO Kevin Sabin was on hand for the award presentation.

Bruce H. Daly, president of the Mentor Scout division, said mentoring is an integral part of an overall retention strategy and a valuable way to support career development programs. 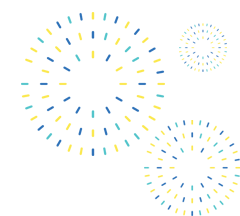 What Tina's Mentees Had To Say About Her...

Tina became the first-ever Mentor of The Year award-winner to be nominated by two separate mentees. They both had quite a bit to say about her. Here are a few excerpts.

"Tina has helped me build confidence in my current role, and with my future with Arvest. All of the recommendations she has made have been wonderful and very beneficial. She is a perfect example of our Arvest Culture and the ideal mentor. Tina shows constantly that she is passionate in helping me develop, and wants me to succeed. She is so caring and kind, and only wants the best for everyone. She is a mentor not only to the lucky individuals that were elected to be her mentees in this program, but to everyone around her. Tina has been the best mentor I have ever had the pleasure of working with during my time with Arvest, and every other company I have ever worked for."

"When I started the Mentor Program, I knew I needed to find a career path for the future, but was unsure whether or not my mentor would be able to help me. I was pleasantly surprised when Tina became my mentor and I truly believe I would not have grown so much, professionally or personally, in such a short amount of time. I am so grateful for her kindness, concern, and motivation these last few months. My time with her has been so valuable."

Congratulations to Tina Murray! She exemplifies outstanding mentoring skills and attributes and service to their organizations.

Mentor Scout would also like to thank all of the mentees who took the time to recognize their mentors by sending in their nominations. Each one of you and your mentors are winners in your own careers and life development!

From all of us at Mentor Scout, we extend our warmest aloha to all the mentors and mentees participating in their company or association mentoring program.

Want to set up a mentor program for your company?

Past Winners of The Mentor of The Year: